In 1982 I got my first motorcycle; a brand new left over 1981 Honda CR80, off the Ramer Motors show room floor out of Omaha, Nebraska, USA! The first time I got on it we took it to a small field on our property that was divided by a barbed wire fence. I threw my leg over the bike started it up and let out the clutch with success.

I was on my way, well on my way, as the power band of the "RED ROCKET" kicked in the throttle taking over my hand; going even faster making it harder to turn. Faster, faster, and even faster until WHAM! Straight into the barbed wire fence bouncing off like a big rubber band! The motorcycle was wrapped up in the fence and I was unhurt. My Dad was pretty upset with me! As he was going to have to do some work to get the bike out of the fencing. On the bright side I took out the fence; which opened up the field to twice the size. 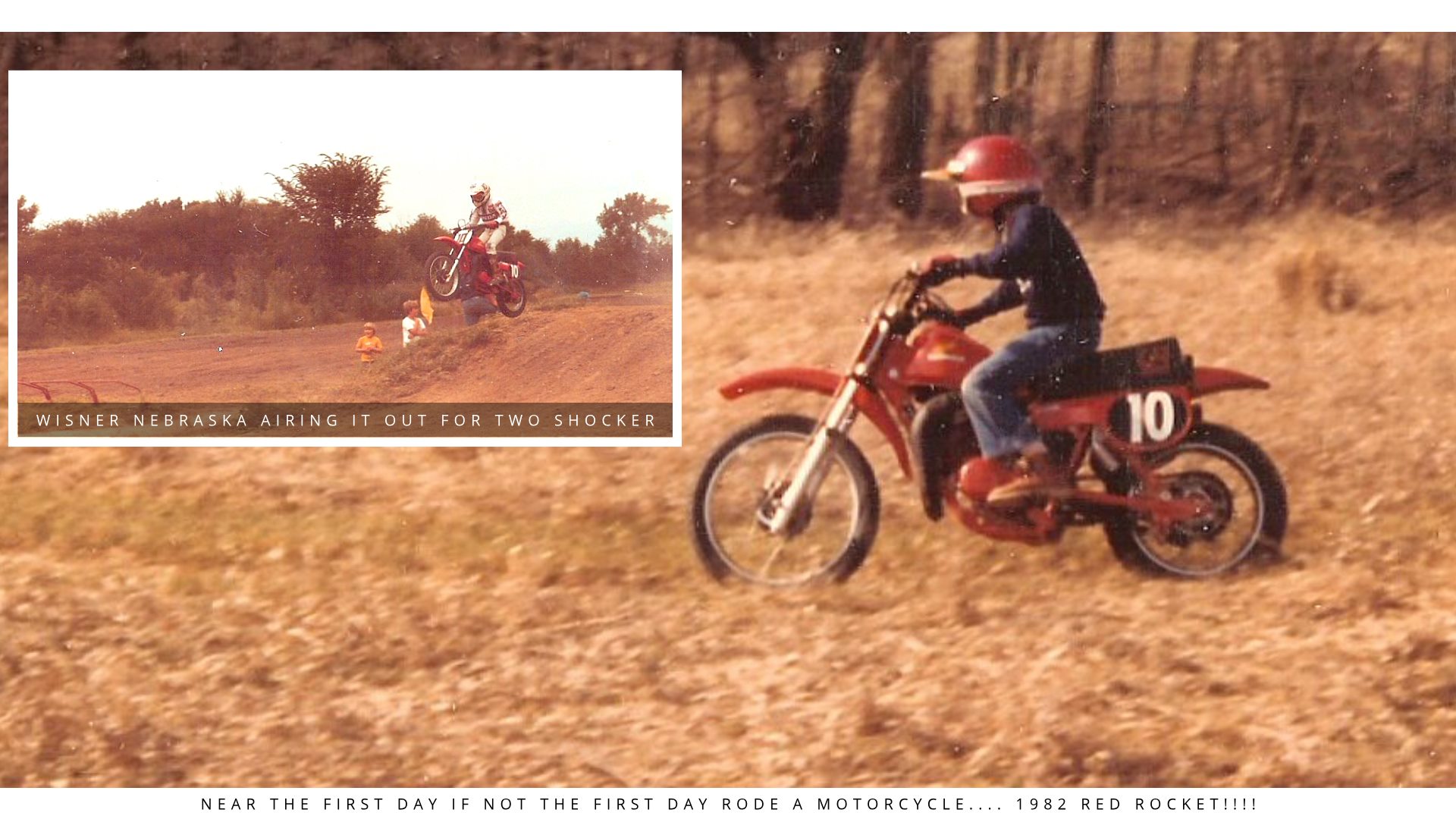 Coming soon the story of how I am striving to have an owner-racing career in ....... !

Maybe I should take you back in time a little from the picture below and the picture above it may seem like this little guy just hopped on a motorcycle and went to the races. If life only worked like that. The old saying; "NOTHING IS EASY" is somewhat true. I started on a BMX bike in 1977; just riding in the drive way in Omaha, NE.

I'd stack the tires off a Datsun 280Z two high and put a piece of plywood on them and ramp my bicycle off. I only remember crashing once at the age of five on the bicycle. My dad took me down, near the coal power plant, to a park with some steep up and down hills.

You had to get a lot of momentum going down to make it up the other side hill. So down I went; crashing at the bottom of the hill. I literally established the dirtbike saying I ate DOG SH.....T! As i crashed into a big pile of dog dodo at the bottom of the hill and would have to ride in the trailer on the way back home with my bike because my dad wasn't going for the stink. 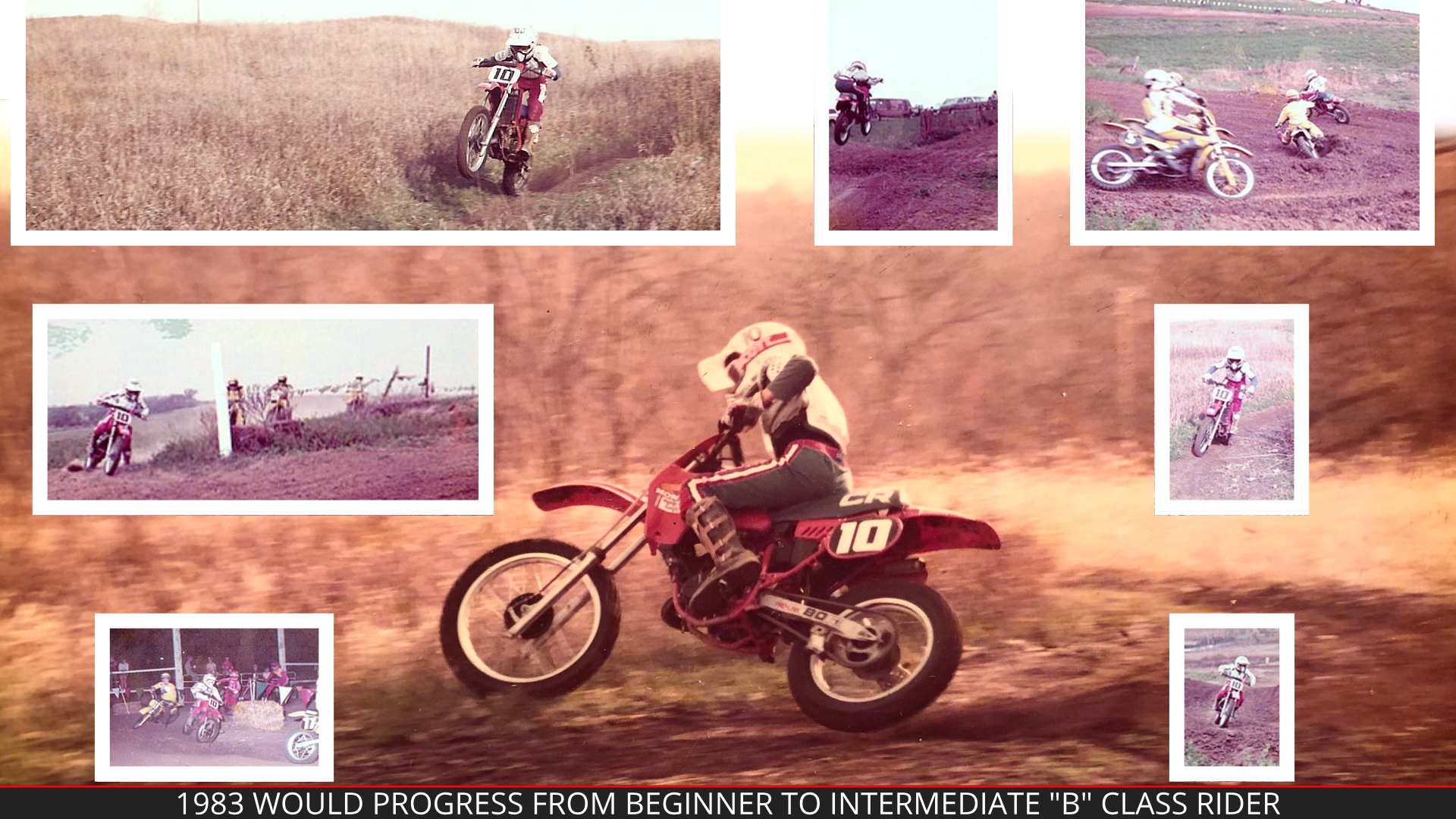 The 1983 Honda CR80 over the 1981 Honda CR80 had leaps in bounds in performance as the engine would be water-cooled. Another huge innovation in the motocross industry was the invention of the single shock rear swim arm. I believe it came to Honda in 1982 on the minis; we were just on a budget and have always been on an under budget team compared to the majority of the competition.

That being said we weren't the only ones at the bottom of the budget racing, however "WE" were generally outnumbered in dollars; this only makes the racing that much better to see if you can out perform the competition on sub-par equipment! It can be done!

Below in 1984 riding a sweet, powerful and with a short power-band Kawasaki KX80; I would get my first win at my home track in Fort Calhoun, NE. I think it was called Fox Raceway I don't remember right off the top of my head. However will update the name of the track once I find out from a buddy that rode the Expert class back then on minis.

I don't remember much about that race in particular except for the very technical double double right at the finish line and score tower. The track itself I can pretty much remember riding the path and the jumps still today some 38 years later.

Sometimes during these years they would put the beginner, intermediate and the expert class altogether. I grabbed a lot of whole shots (the first person to the first corner from a standing start). In the picture below, bottom row, one spot over from the left: I'm on the outside in about third place however coming out of the first and into the first corner I'd move into the whole shot position. Track was somewhere in Kansas. 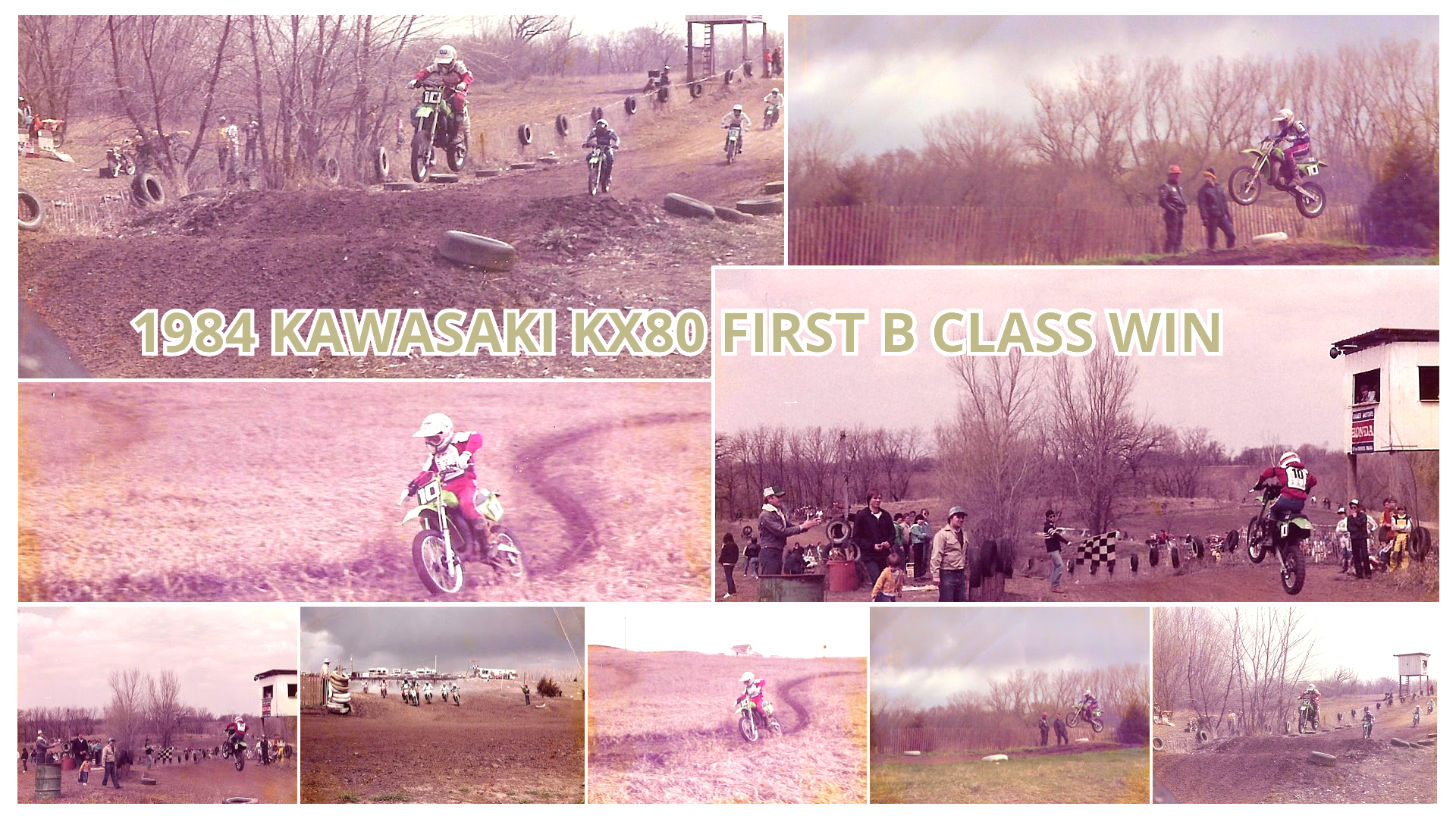 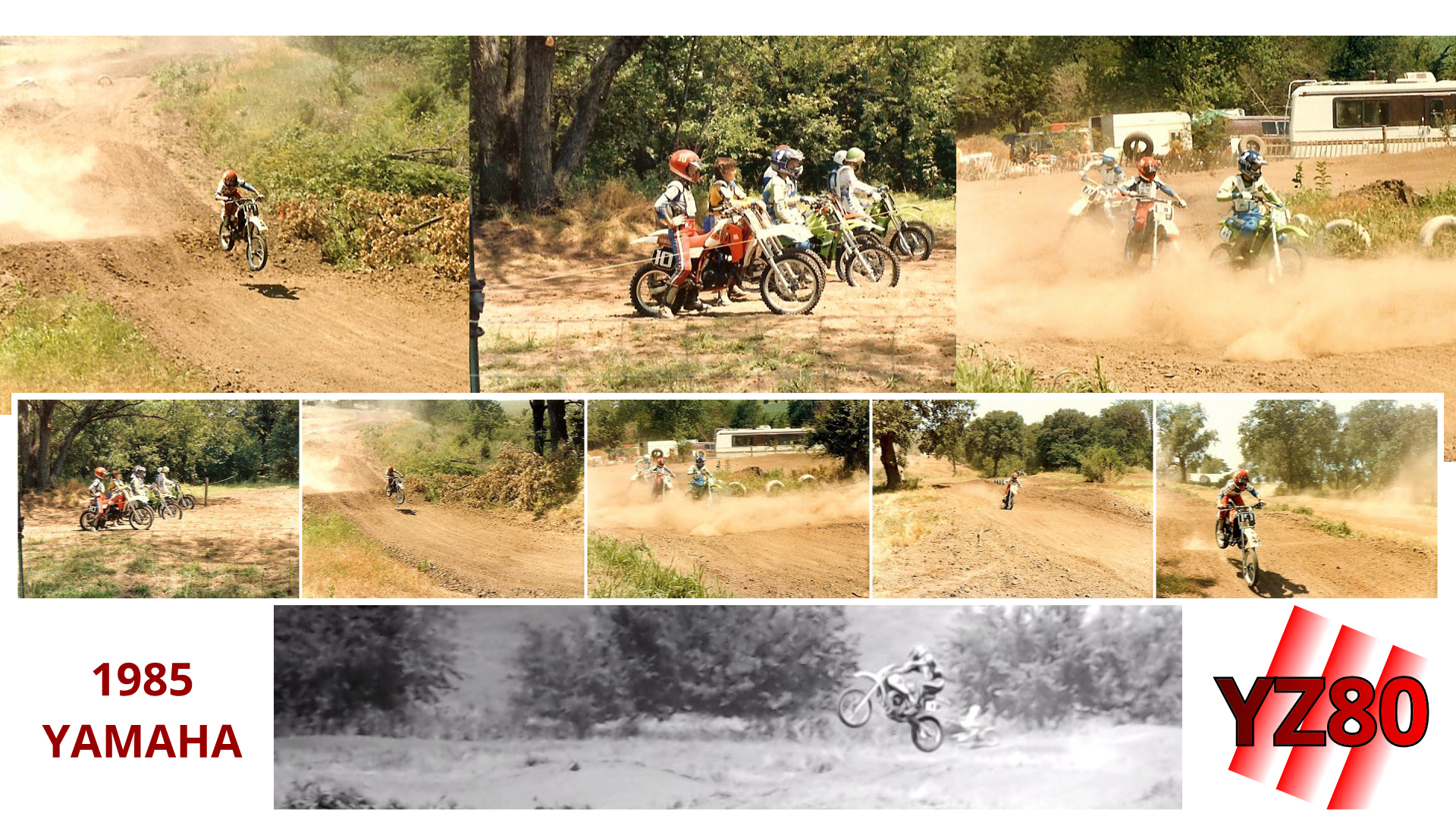 Adding to the site daily currently.... More to come on the below photo - LW
I'm in the top right corner next to the instructor in the white shirt.